I have loved all genres of music my entire life. I began singing very early and sang my first solo at church when I was five years old. I’m no Tamela Mann or Patti, but I can do a little something. When I was a teenager, I kept a notebook with lyrics to all of my favorite songs. I knew every word and learned each and every note. This is how I became good at singing by ear. I never learned to read music, but I learned the upbeats and downbeats and those in between by hearing them.

As a young girl, I sang soprano and could hit notes I dare not to attempt now. I always sang in school choirs and in church. In grade school in Arizona, we sang at malls, performed musicals, and presented plays. My favorite choir teacher was a seasoned musician, singer, and performer named Ms. Huggins. She replaced our music teacher when I was in the third grade. She taught me about counts and beats. I learned the importance of timing from her.

Because we grew up sheltered, we were not allowed to listen to particular music. So we would wait until my dad went to work and turn on 106th and Park and watch music videos on VH1 and MTV for hours. My mom didn’t mind at all as long as our chores were done. We didn’t really know much rap music but heard it played by my oldest brother sometimes. It was years before I knew who the pioneers were.

The best musical R&B decade of my generation, in my opinion, was the late 80s and 90s. It was during these years that I’d discover my true love of music and dance. I was already in love with R&B from my childhood. But I remember the precise moment I fell head over heels in love with contemporary R&B. Atlantic Star released their beautiful ballad, Always. I had trouble with the bridge and my sister worked with me until I got it. That girl can sing!!

My love for Pop started with (solo) Michael Jackson but when I heard his little sister, Janet Jackson’s Miss You Much from her album Rhythm Nation. That entire album was fire!. Coincidentally, Miss You Much spent four weeks at number one on the Billboards and was the first single on her fourth album (Wikipedia, Janet Jackson Biggest Billboard Hits, retrieved 26, October 2017). I still remember every word.

In fact, some of my favorite artists whose songs made it to my dance routines as well as into my notebook were the Queen, Whitney Houston, Janet Jackson, of course, Natalie Cole, Mariah Carey, Boys II Men, Vanessa Williams, Pam Tillis, Dolly Pardon, Ray Charles, Garth Brooks, Michael Jackson, Prince, Madonna, Alicia Keys, and the list goes on. My taste in music has never discriminated. My love for all music reached beyond singing. In college, in majored in Nursing and minored in Dance (Jazz/Hip Hop).

Back in the day, before CDs, we had cassette tapes. Complete albums took up both sides of a cassette and sometimes a second. Single Eps had the artist’s lyrical song on one side and the instrumental on the other. I used to love Mariah Carey so much that I’d blast the instrumental in the car and sing each note at the top of my lungs. When my daughter was younger she would sing along wondering how she knew the words. I played those songs when she was in the womb. My baby has a beautiful voice and has tried out for both American Idol and The Voice.

Today, my taste is a little more refined because I’m older and the last couple of decades of music have been disappointing, to say the least. I’m still an old school R&B lover at heart. I’ve tried to get into contemporary artists, such as H.E.R. SZA ,and Ariana Grande I but find myself turning Spotify and Pandora back to the soul-stirring R&B of the past. I fell in love to those songs, fell out of love to them, made love to them, cried to them, smiled to them, slow danced with my love to them, and bonded with my babies to them.

Old school R&B and hip hop is a cultural journey that millennials and their babies will most like never understand the meaning behind. Sadly, some will never hear a classic R&B song in its completion in their lifetime. I’m so happy that I was able to share music from my favorite decades and many others with my children. It makes me proud to see my granddaughter dance and rock to 19-year-old Mariah Carey, young Whitney Houston, and the original ladies of En vogue.

Not many 20 somethings even heard of SWV, Avant, Kem, or know the original singers behind the beats used in the music they listen to every day. We won’t even mention the great music of the 50s and 60s, etc. The music behind Sparkle, Cadillac Records, and Dream Girls. They think The Temptations, Commodores, Diana Ross, Gladys Night and the incomparable Patti LaBelle are uninteresting. But if you ask an artist of today where they get their inspiration from, I bet they mention one or more of the greats.

I could talk all day about music, but I’ll leave you with this, of all the things you could give your children in life, let it be an appreciation of the greats. The ones who came before them. Give them respect for those who paved the way whether in music, art, dance, civil rights, invention, or movies.

Bless them with the gift of knowing where and who they come from so that 20 years from now their children and the generations to follow will always know and never forget when they first fell in love with their biggest passion. Mine just happens to be music. What is yours?

(I do not own rights to these lyrics) 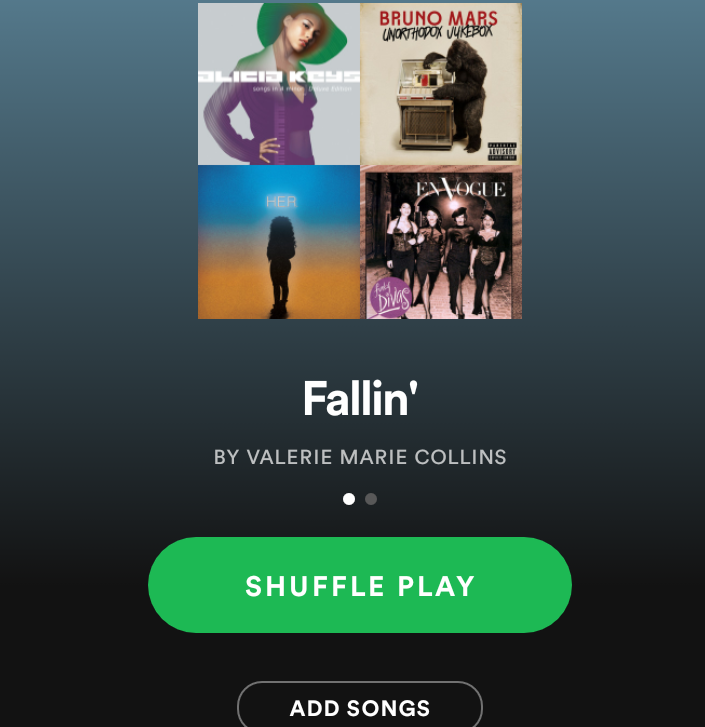 I was born in Tucson, Arizona, the baby of six children. I remember sounding out and spelling big words before the second grade. Words have always fascinated me. I began writing poetry as a child. I have very few accolades but nevertheless, I am proud of my writing and of them. I had one published poem when I was eight years old in the Phoenix Gazette, one published in 2003 in a poetry theology and I won a trophy and Poetry.com's (LuLu's now) 2005 Poet of the year. I have composed 100s of pieces of poetry growing up, most of which were lost. The poetry I am compiling now was written in my adult life. I write as a way to free my mind and attempt to stir emotion and thought in others. Although I am devoting all my time now to writing now, I'm an orthopedic nurse (LPN) by trade, the owner of a small crochet business and I aspire to be a makeup artist. I began this site as a launch to my upcoming books My Poetic Life (memoirs of love) and Fibromyalgia: Behind the Walls of Silence but it has taken on a life of its own. I hope those who come across my page will enjoy reading everything I speak on in my blogs and poetry. My hope is to reach the hearts of readers to inspire, shed light, advise, and spread love. #poetry #mypoeticlifebook #mypoeticlife(the book) #lifeofapoet #provokingthought #poems #bookofpoetry #bookofpoems View all posts by vfurrmstheblogger