A few years ago, my mom would talk about how scared she was to be getting older. She, being a woman of God, is not afraid of growing old or dying for that matter. Truth be told, she voiced being afraid of losing who she has always been. Her mother, Grandma Leathia died at the early age of 42 years old. Her father, Poppy, lived to be 92 years old. Grandma died from a brain aneurysm. But from what we could gather, Poppy, a St. Louis native originally from Louisiana, was still in fairly good health and in his right mind well into his early to mid-80s. What a blessing, right? Sometime after that, he began to have issues with his memory accompanied by mini-strokes called TIAs (Transient Ischemic Attacks).

I remember how nervous my mom was the year he came to visit us when he 86 years old. He stayed a few weeks and was such a riot! A few years later at the age of 90, he came to live with us in Alabama but was visibly not the same mentally. We noticed he had physically slowed down considerably and was not as sharp or quick-witted. This began a slow but steady decline in his mental acuity and health. In two short years, he would die of complications associated with Dementia and Alzheimers. Thus, the root of Mommy’s fears.

I think when she turned 70 years old, she began to look at life much different. It’s wasn’t so much as, what all she had left to do, but more that she may have done all she could do. But as I learned from becoming an empty-nester in 2016, this couldn’t be further from the truth. A mothers work is never done. As we approach her 75th birthday, a little over a month away, she doesn’t realize she is still very much needed. I’m surrounded by friends and family who have lost their mothers and it makes me realize how much I cherish her and how blessed my family is to have her.

My mother has literally been my best friend my entire life. No, she’s not a friend instead of a parent. My mom has always been more than just my mother. We have an unbreakable bond. She taught me how to take my first steps in this world and to take my first steps in life. She’s been by my side through the births of both my children, raising them and now guides me as a new grandmother of my one-year-old granddaughter.

She taught me how to clean and keep a house, how to cook and even though I don’t like to, how to iron. Everything I’ve ever needed to know to live a successful life as a woman and mother, she taught me. Any mistakes I’ve made in my life, she saw them coming and tried to tell me about it beforehand. I look at my own daughter now, as a young mother and can only hope I’ve been and will be, to her, who my mom has been and continues to be for me.

I pray when I am 70 or 75 years young, first, that I will still be here, and second that I’ve lived a life mirroring hers. So, I take it upon myself now to reassure her when she worries about slowing down, that she earned to put her feet up and she’s still very much needed. She may not be able to do everything she used to do, but that’s why I’m here. I’ll do whatever I can to lighten her load so she can rest sometimes.

She was married 47 years, raised six children, helped raise 24 grandchildren and 20 great-grandchildren without ever complaining or giving up! That doesn’t even include the growing number of honorary (not blood-related) grand and great-grandchildren. To my children’s childhood friends, she’s forever Grandma and to my best friends, she’s Momma Furr. Not to mention, all of our ex-boyfriends or girlfriends and ex-husbands or wives from back in the day, to who she will always be Momma (or Momma Furr). She’s Momma to so many! We’re all so very blessed to have her!

I know God has and will continue to guide and kept her throughout her life. I am proud that He blessed me to be here with her and never leave her side. As April 2019 vastly approaches and carries my mom into her 75th chapter of life, I pray she no longer fears losing anything. I pray she finds peace of mind in the fact that we will continue to get through this life together. I’m not going anywhere. I know her fears run deeper than that. Still, it’s my prayer. But I must add, Mommy if a man comes along, sweeps me off my feet and asks me to marry him, you’re gonna have to give up the house on the hill and move into the west wing of our mansion😂😘😘😉😉! I am too old to settle for any ordinary Joe 😀. Jk! I love you, Mommy!! 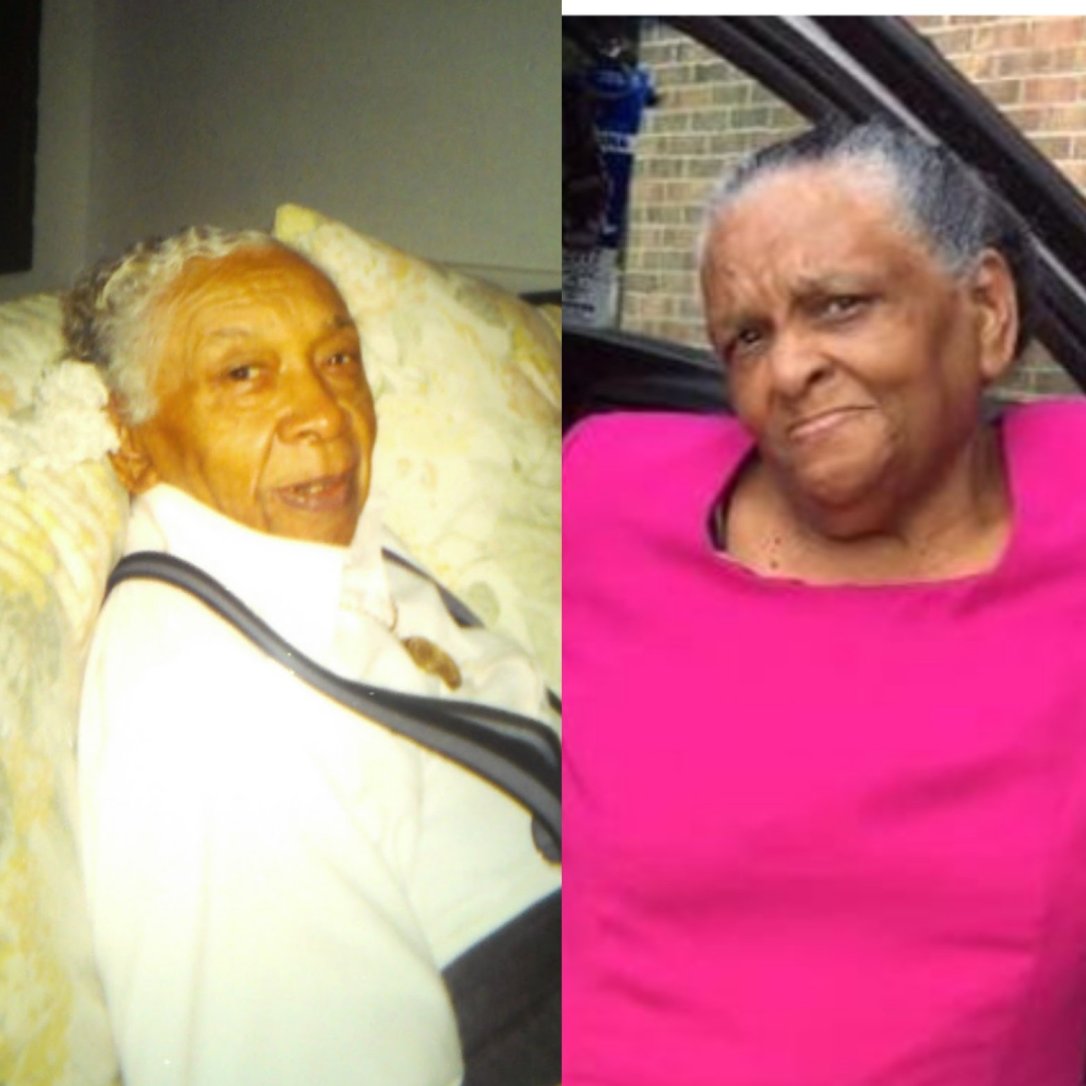 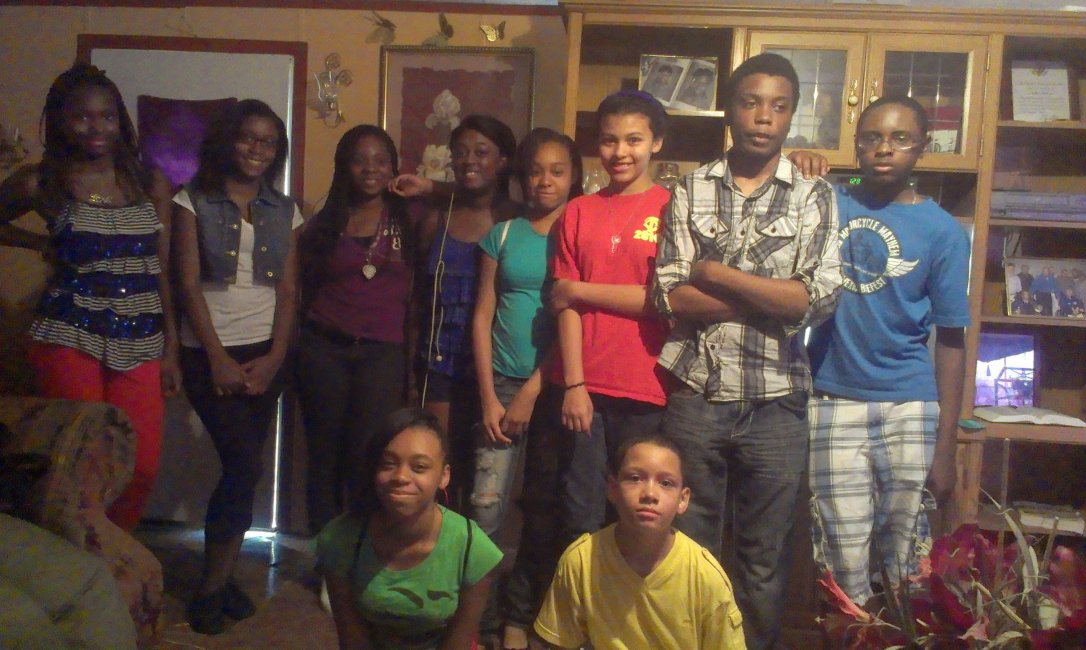 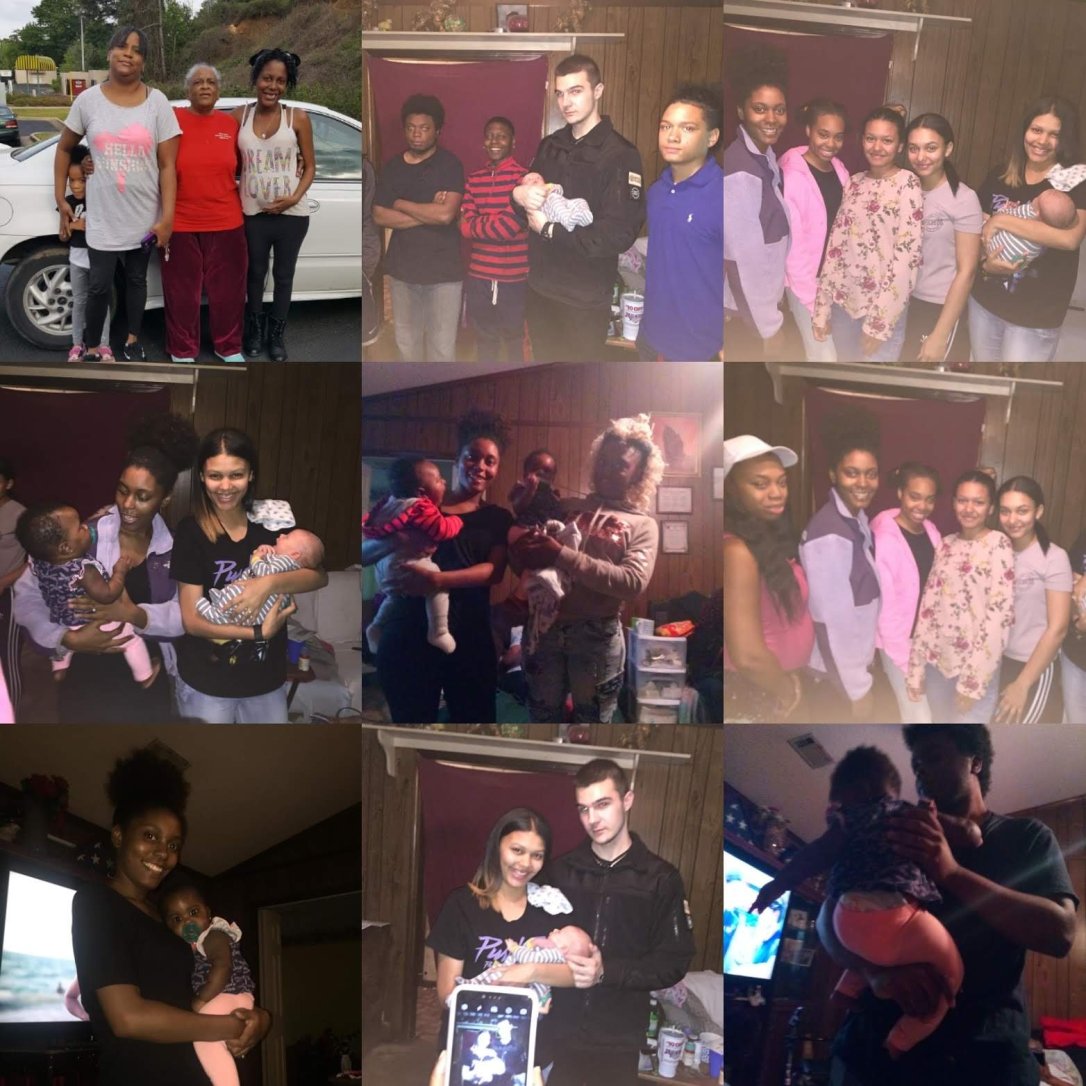 2018 (All grands above except 2 on opposite ends and one 3rd from the left/grown up. Cousins (4 girls) with their babies born months apart!) 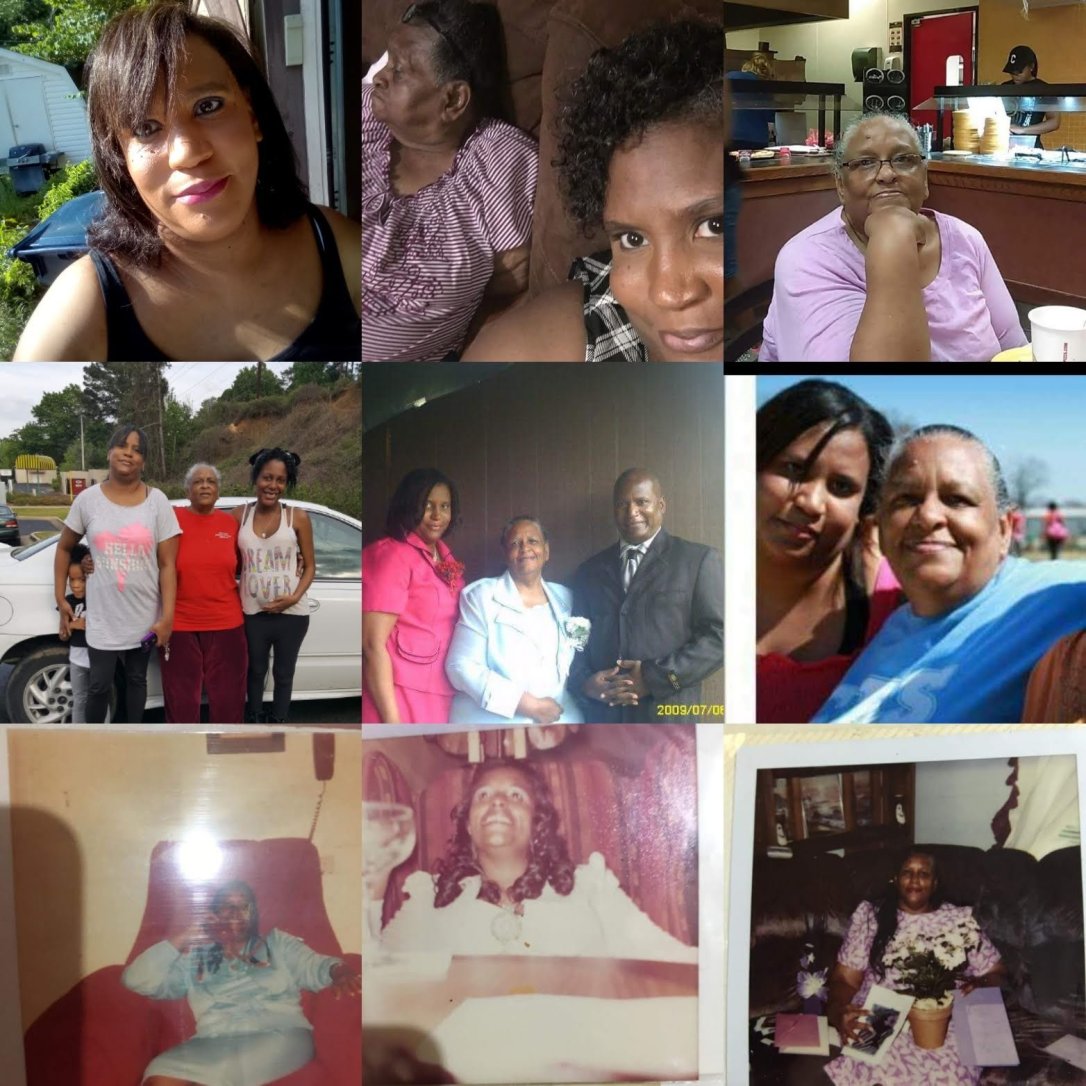 Various shots of my mom over the years and others with me getting her picture without her knowing just so I’d remember those moments.

The center picture is Me, Arthur William Furr, Jr., my oldest brother and our Mommy on the last Mother’s Day with us. It would be the last picture of him taken. He died that next month June 18, 2009, two days before Father’s Day. Rest on peacefully big brother❤! Until we meet again!

Middle left is me, Mommy, and Kinya, one of Arthur’s sweet daughters who recently became a first-time mommy! (2018) 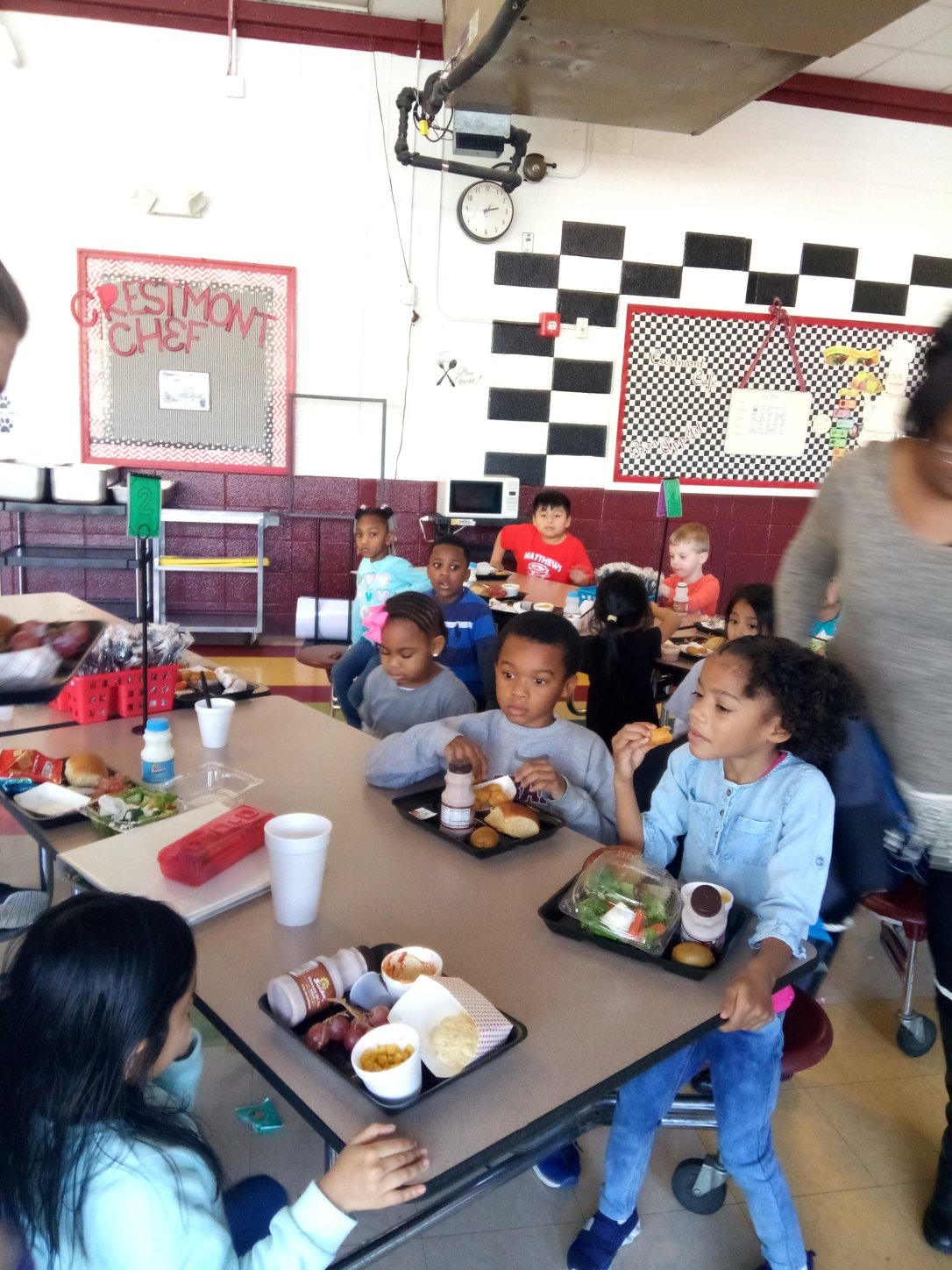 (Two of five sibling great grands)….Twins great grands Zy and Xavier, who my mom and I are helping to raise right now❤ (09/2018) 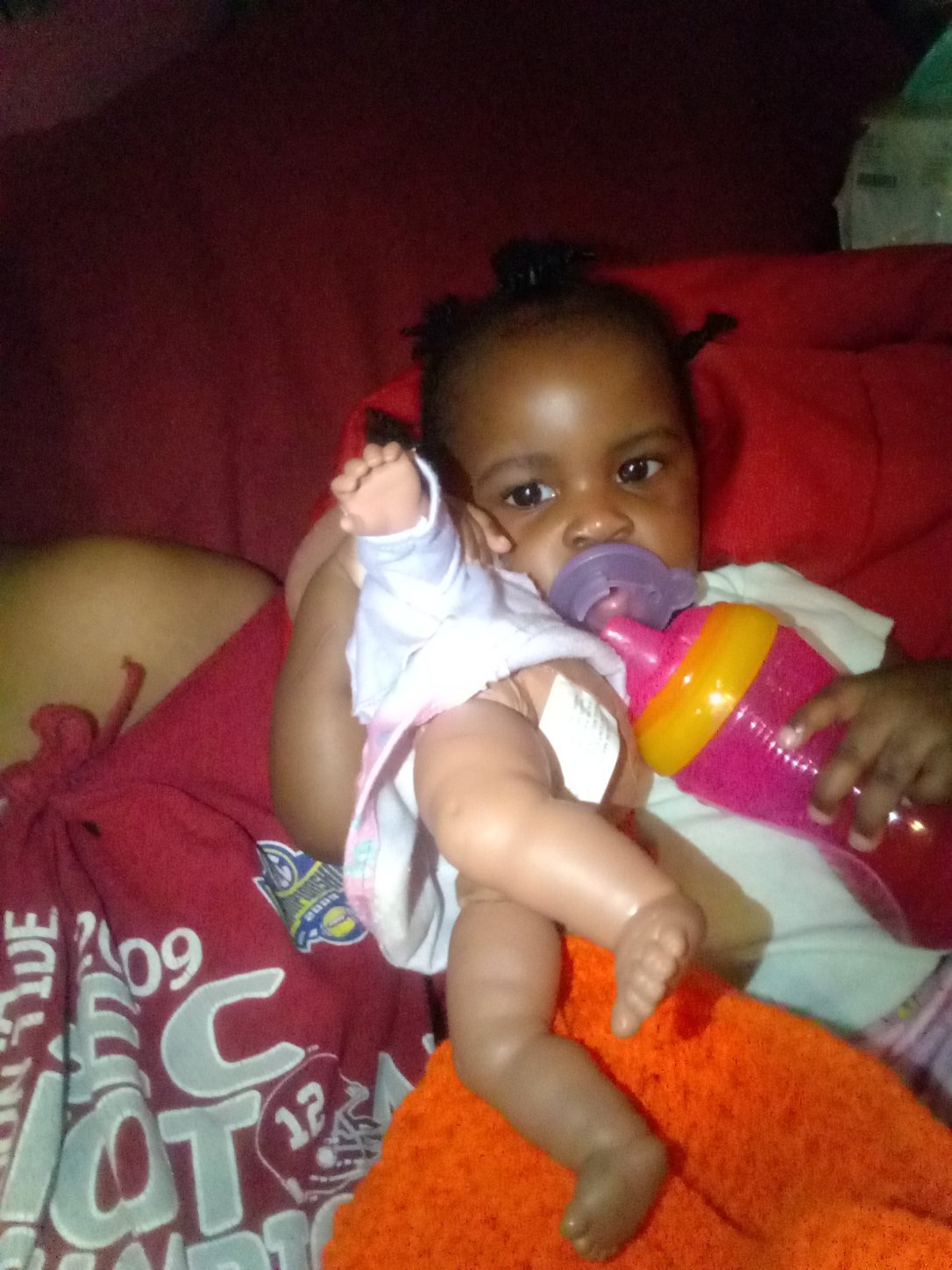 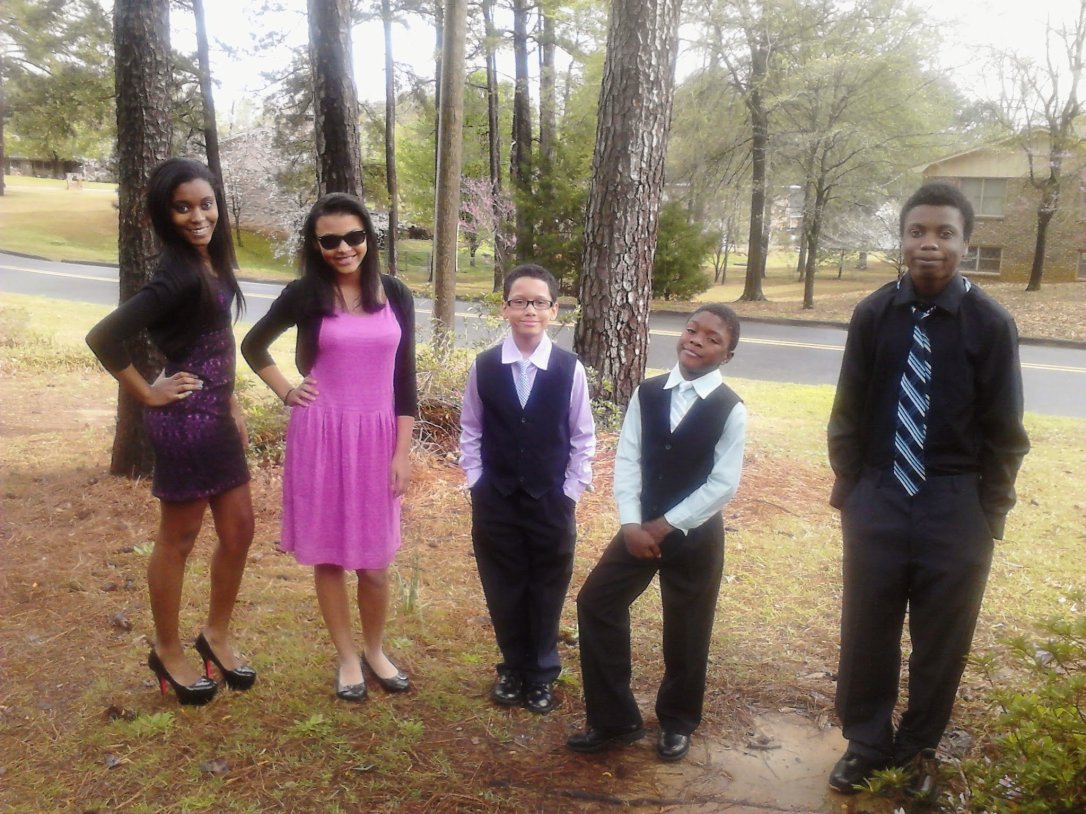 Five grands who grew up together here with Mom and I…Of course, my son and daughter on opposite ends looking like twins lol; two of nine beautiful kids of Arthur, Jr. his youngest daughter with the shades on and youngest son beside her; my other older brother, Tim’s youngest son in the white shirt. (2013/14)

I was born in Tucson, Arizona, the baby of six children. I remember sounding out and spelling big words before the second grade. Words have always fascinated me. I began writing poetry as a child. I have very few accolades but nevertheless, I am proud of my writing and of them. I had one published poem when I was eight years old in the Phoenix Gazette, one published in 2003 in a poetry theology and I won a trophy and Poetry.com's (LuLu's now) 2005 Poet of the year. I have composed 100s of pieces of poetry growing up, most of which were lost. The poetry I am compiling now was written in my adult life. I write as a way to free my mind and attempt to stir emotion and thought in others. Although I am devoting all my time now to writing now, I'm an orthopedic nurse (LPN) by trade, the owner of a small crochet business and I aspire to be a makeup artist. I began this site as a launch to my upcoming books My Poetic Life (memoirs of love) and Fibromyalgia: Behind the Walls of Silence but it has taken on a life of its own. I hope those who come across my page will enjoy reading everything I speak on in my blogs and poetry. My hope is to reach the hearts of readers to inspire, shed light, advise, and spread love. #poetry #mypoeticlifebook #mypoeticlife(the book) #lifeofapoet #provokingthought #poems #bookofpoetry #bookofpoems View all posts by vfurrmstheblogger